In the recent months, Lake Victoria has experienced rising water levels that have caused significant flooding impacts on Lake shoreline communities in Kenya, Tanzania and Uganda as well as downstream communities near Lake Kyoga and Lake Albert. NBI Secretariat’s, Dr Modathir Zaroug shares some insight in the following article. 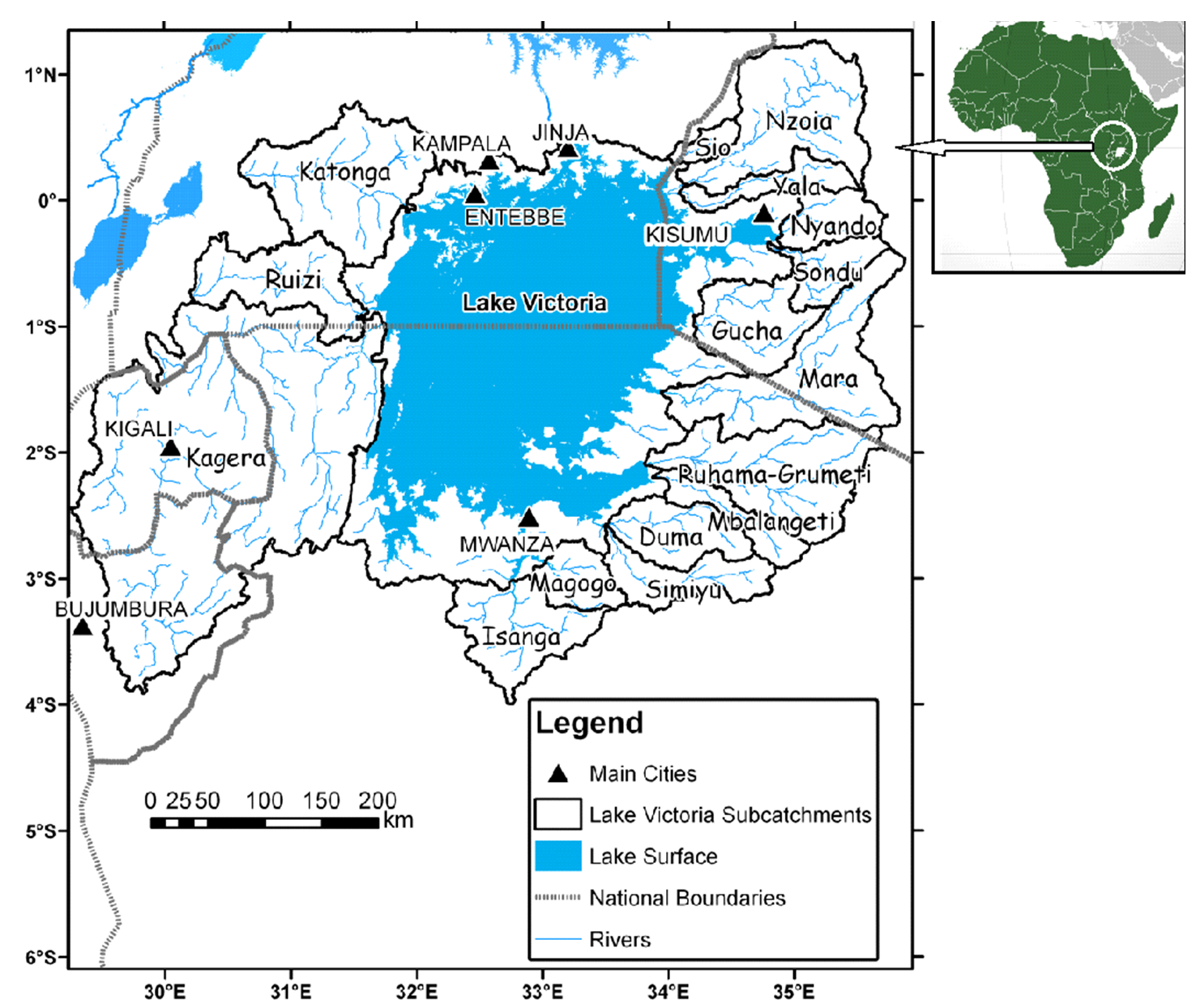 Lake Victoria is the largest lake in Africa and the second largest freshwater lake in the world1. It has a surface area of around 69,000 km2. The Lake is shared by Kenya (6%), Uganda (43%) and Tanzania (51%) 10; while Burundi and Rwanda are also part of its catchment area which covers 184000 km2 (Fig.1). All the five countries are members of the Nile Basin Initiative (NBI).

The main outlet of Lake Victoria, is in Jinja (Uganda) and it is here where the White Nile, which is part of the mighty River Nile starts flowing northwards through Uganda. The White Nile keeps changing names as it journeys through South Sudan and Sudan2&3.

The diurnal, seasonal and inter-annual variability of Lake Victoria (and East Africa generally) climate results from a complex interaction between the Inter-tropical Convergence Zone (ITCZ), El Niño/Southern Oscillation (ENSO), Quasi-biennial Oscillation (QBO), large scale monsoonal winds, meso-scale circulations and extra-tropical weather systems. These interactions are responsible for the anomalous behavior of the Lake system and many studies have been carried out to understand the influence of these systems on water balance of the Lake. The Lake surface receives a high amount of rainfall of above 1500 mm, which represents about 85 percent of the water entering the Lake; the remaining inflow comes from the 23 rivers that drain the catchment. The annual evaporation rate from the Lake surface is about 1350 mm.

In the recent months, Lake Victoria has experienced rising water levels that have caused significant flooding impacts on the Lake Shoreline communities in Kenya, Tanzania and Uganda as well as downstream communities near Lake Kyoga and Lake Albert. Based on analysis using the CHIRPS v2.0 dataset, the rainfall in Lake Victoria exhibited above average rainfall since May 2019. A considerable increase in rainfall in 2019 was experienced in October by 79%, in November by 56%, and in December by 74% compared to the long term average. Observed rainfall in 2020 increased in January by 83%, in February by 25%, in March by 43%, and in April by 33% compared to the long term average. However May rainfall was less than the long term average (Fig. 2).

The cause of these major increases in rainfall in Lake Victoria Sub-basin was due to a positive Indian Ocean Dipole (IOD) phase5,6,7 caused by warmer sea temperatures in the western Indian Ocean region, with the opposite in the east (Fig. 3). This resulted in the higher-than-average rainfall and floods in eastern Africa. The positive IOD occurs when the westerly wind weakens and the easterly wind forms and allows warm water to shift towards Africa. The 2019 IOD was the most extreme event over the past 40 years8. 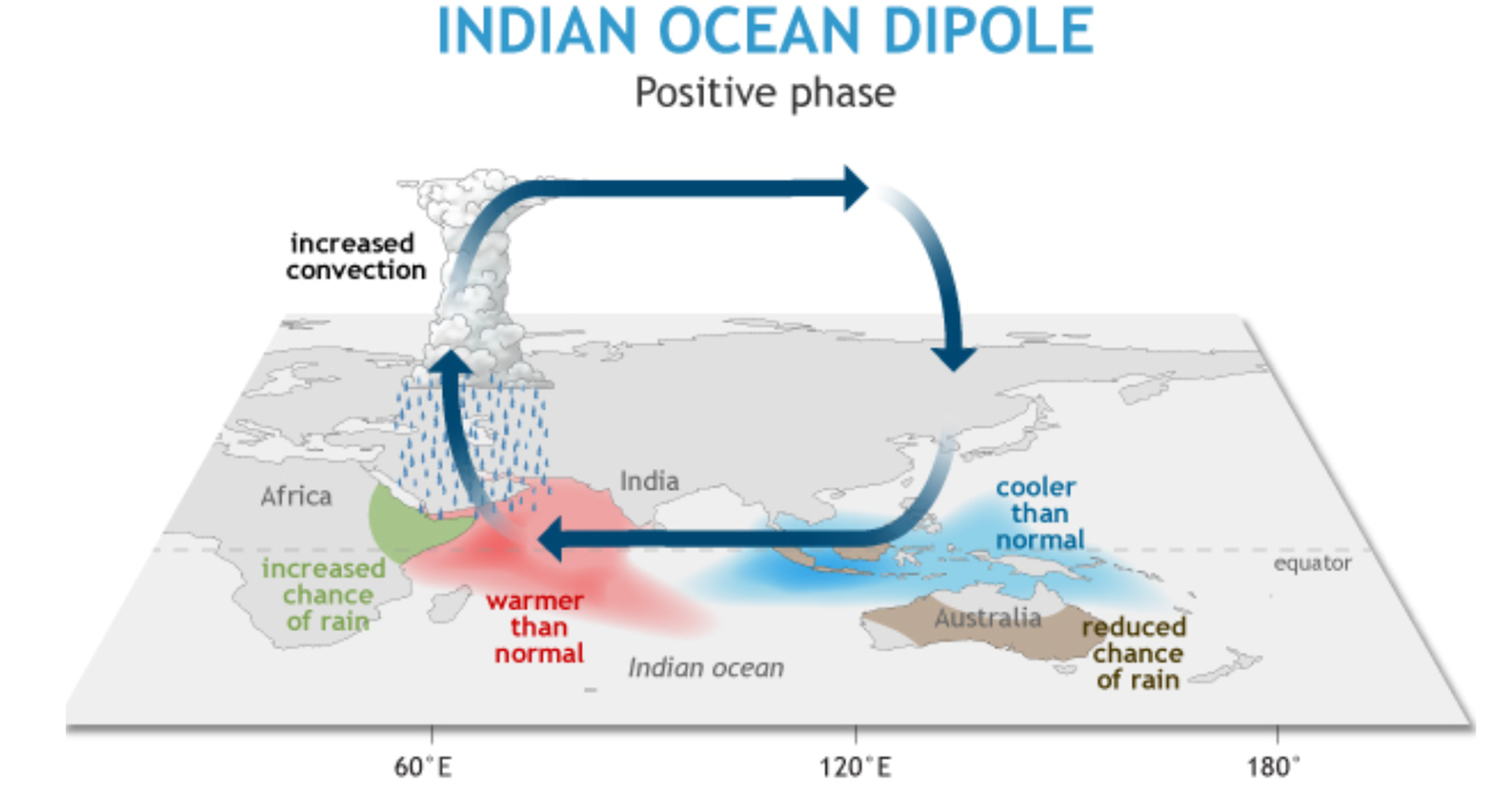 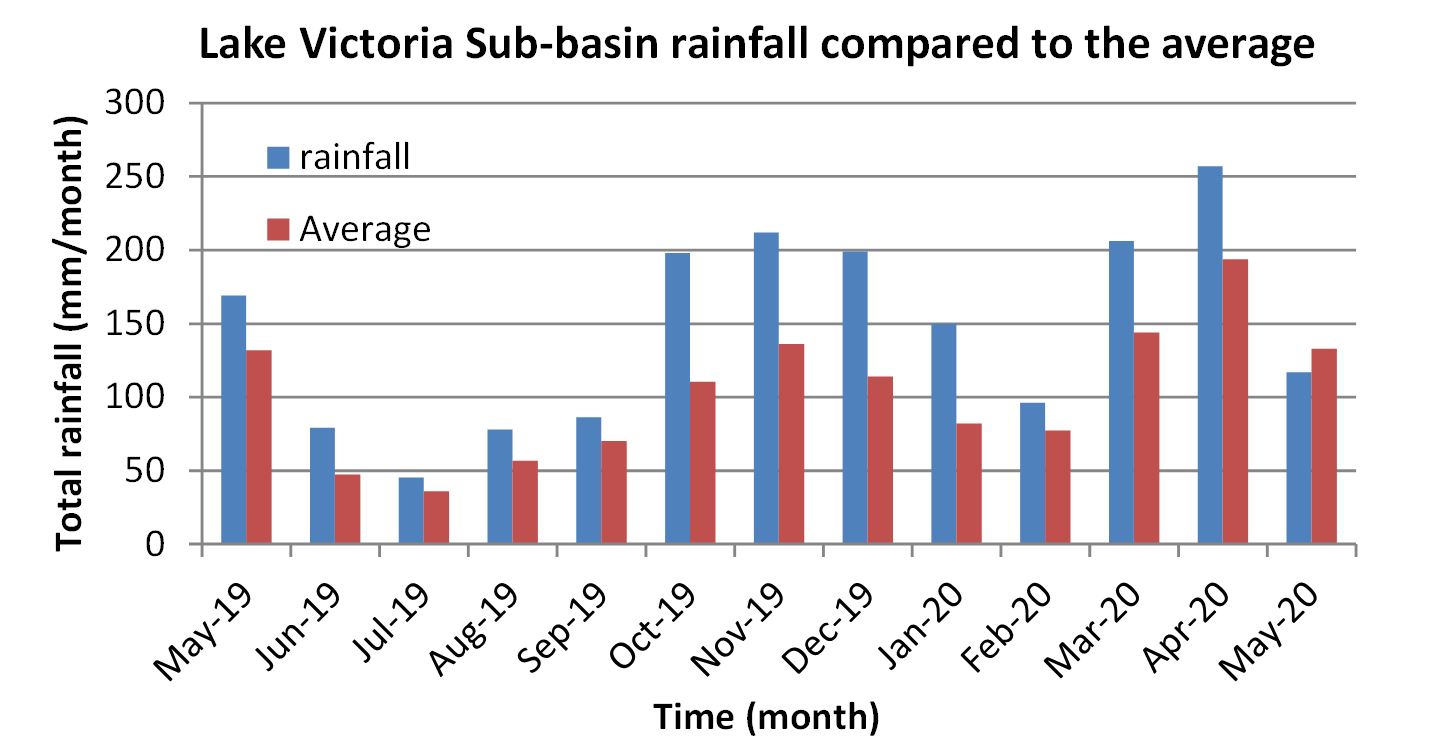 The Nile Basin Initiative (NBI) continues to support efforts of its Member States to jointly address their water resources management challenges. Some of the interventions by NBI are;

2- ILEC, I. and International Lake Environment Committee, 1999. Survey of the State of World Lakes.

4- Kizza, M., Westerberg, I., Rodhe, A. and Ntale, H.K., (2010). Estimating areal rainfall over Lake Victoria and its basin using ground-based and satellite data. Journal of Hydrology. In review: 21pp.