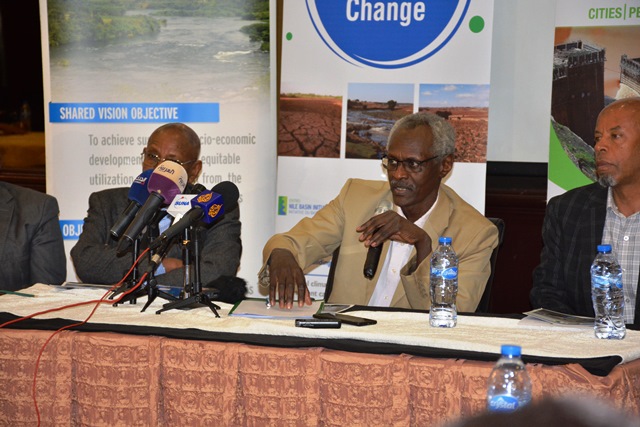 While addressing media representatives ahead of the regional event, Prof. Yasir Abbas Mohamed Ali, noted that February 22 marks a major milestone in the history of Nile cooperation. “It is on this date that for the first time, all independent, sovereign riparian countries of the Nile committed themselves to work together and harness the potentials of the shared river to promote cooperative sustainable socio-economic development of their countries,” he said.

He noted that cooperation on the Nile is far below potential and that “there is enough water resources for everyone but we have to make efficient use of the water resources.”

Nile Day 2020 will among other things feature an EXPO showcasing some of the joint investment projects facilitated by NBI and implemented by the Member States, thus demonstrating to riparian communities, the feasibility of Nile cooperation. Cases in point include the 200 MW volume of power trade through the Ethiopia - Sudan Interconnector commissioned in 2015 by the Heads of State of the two countries and benefitting nearly 1.4 million households in both countries.

Also as part of the event and in relation to the theme, Ministers in charge of Water Affairs in the NBI Member States together with development partners will have a roundtable meeting to discuss how to accelerate implementation of the different investment projects prepared by NBI on behalf of the Member States.

At least 500 Nile Basin citizens and friends of the Nile are expected to participate in the celebrations, which will take place at Friendship Hall, in Khartoum.. These include Ministers in charge of Water Affairs in the Nile Basin countries (Nile Council of Ministers); representatives from NBI Member States embassies in Khartoum, and officials from Ministries whose activities touch on the management and development of the shared water resources, namely Water, Environment, Energy, Agriculture, Foreign Affairs, Finance. Others are Members of Parliament, Development Partners, Researchers, Academia, Civil society, Youth, Media, and school children.

Sudan is hosting the Regional Nile Day event for the second time, the first being in 2015.

The annual Nile Day event provides an opportunity to increase awareness of the importance of basin-wide Nile Cooperation in jointly taking good care of and utilising the shared Nile Basin water and related resources for win-win benefits. This is in addition to enhancing awareness about the consequences of non-cooperation as well as the challenges of Nile cooperation. The day also serves to expose participants to the rich and varied cultures, which exist within the Nile Basin.