The Council of Ministers (COM) from the three Member States sharing the 80MW Regional Rusumo Falls Hydroelectric Project visited the project on 20th August 2022 and expressed their satisfaction with the pace of construction. 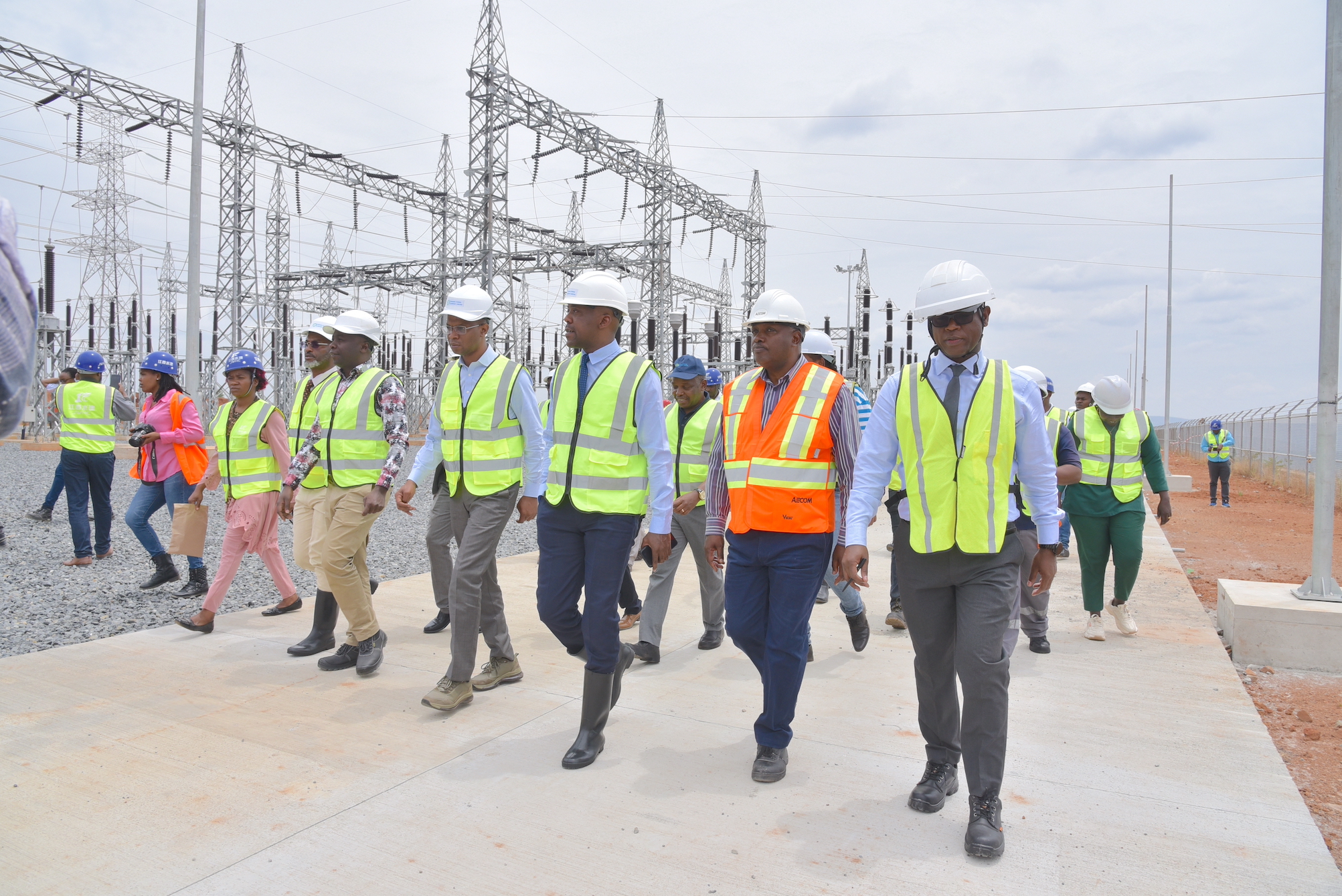 The visit was led by the Rwanda Minister of Infrastructure Dr. Eng. Ernest Nsabimana. Others in the delegation were the Burundi Minister for Hydraulics, Energy and Mines Hon. Eng. Ibrahim Uwizeye and Tanzania Minister of Energy Hon. January Makamba. The COM members were accompanied by the heads of the power utility companies of the three countries, NELSAP-CU, and the Rusumo Power Company (RPCL) board members.
“We are supporting NELSAP, the project implementers, to ensure that the three countries start using power from the project in the first quarter of 2023,” said Hon. January Makamba, the incoming chair of the Council of Ministers (COM) of the project.

On his part the outgoing chair said, “We greatly appreciate the progress recorded so far to reach the current completion rate of 95% and we are encouraging the implementors to increase the pace of construction to ensure that the project in completed on time,” said Hon. Dr. Eng. Ernest Nsabimana. The Burundi Minister Hon. Eng. Ibrahim Uwizeye on his part said that countries needed electricity from Rusumo for their development.

The Council of Ministers (COM) visited the power intake, the powerhouse and the switchyard which are in the Rusumo area on the Rwanda side. After the site visit, the COM members proceeded to hold the 14th Council of Minister (COM) meeting at the Rusumo Power Company (RPCL) residential campsite located in Tanzania, five kilometres from the Rusumo Border.

“The associated three Transmission Lines that will directly connect from the power plant to the national grids of Burundi, Rwanda and Tanzania, which are being executed by REGIDESO, REG-EUCL and TANESCO respectively is almost complete and currently the project and the three utilities are holding discussions in order to sign the Power Purchase Agreements (PPAs) before the end of October 2022,” said Eng. Alloyce Oduor, the Rusumo Project Manager. 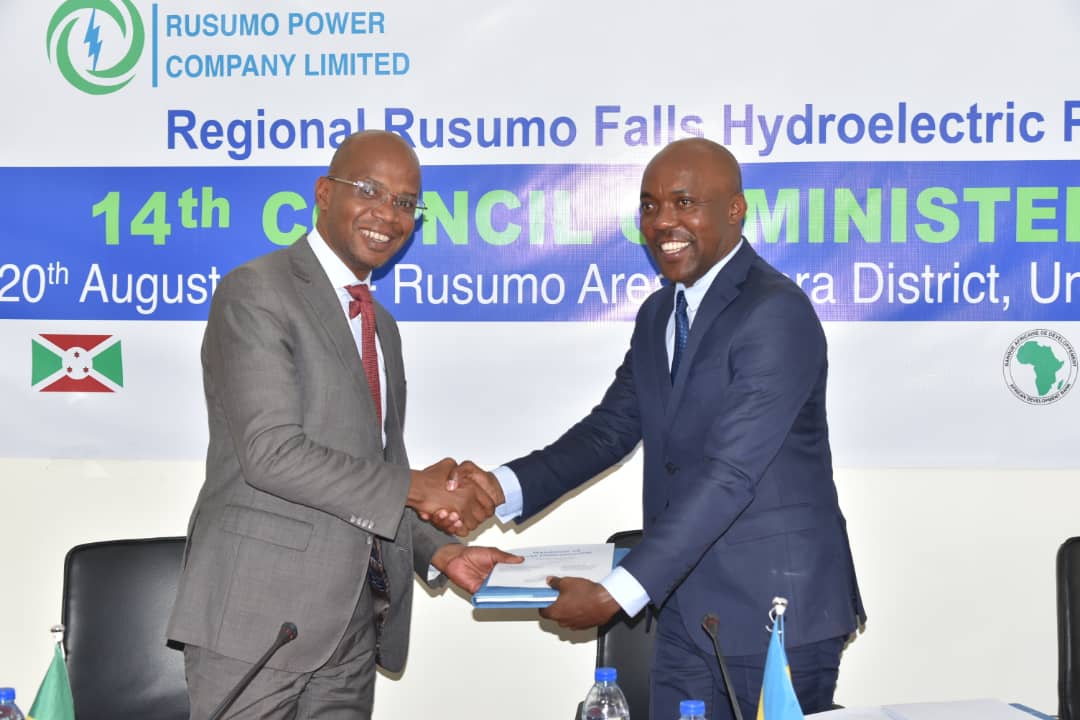 The NELSAP-PIU is implementing construction of the 80MW Regional Rusumo Falls Hydroelectric Project (RRFHP) on the Kagera river behalf of Burundi, Rwanda, and Tanzania. The World has provided USD 340 million for construction of this run-of-the river hydropower project, including implementation of Local Area Development Projects (LADP). The African Development Bank (AfDB) on its part has provided USD 120 million for the Rusumo substation and Overhead Transmission Lines (OHTL) to evacuate power to the grids of the three countries.