The Nile Basin Council of Ministers has approved the first ever Nile River Basin Management Plan, whose objective is to guide the planning and implementation of water resources management and development interventions in the Nile River Basin at national, sub-regional and regional levels. 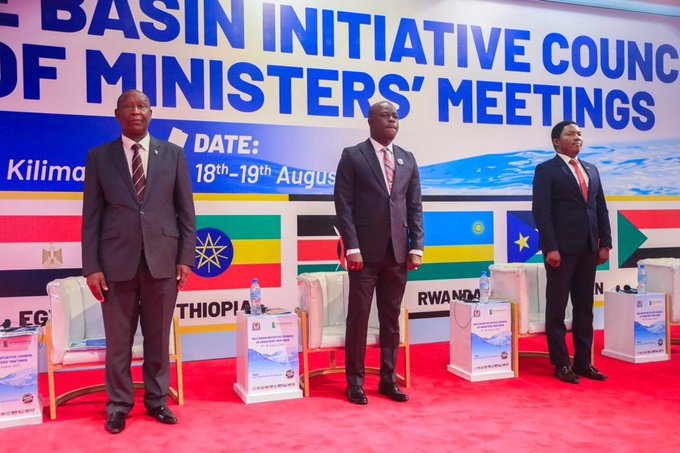 The Nile Basin Council of Ministers (COM), traditionally convened at the beginning of every fiscal year, is the top decision-making organ of the Nile Basin Initiative and is responsible for setting the strategic direction over the use of the shared resources of the Nile River basin. The Council of Ministers also approves the institution’s work plans and budgets for the subsequent financial year. 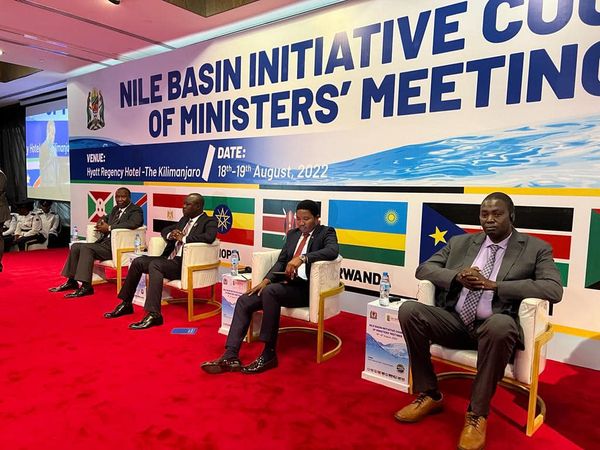 Speaking at the event, the Guest of Honour, Dr. Hon. Selemani Jafo from the Office of the Vice President of Tanzania and Minister of State for Union and Environment, noted that water flows regardless of natural or man-made boundaries and that cooperation is the surest way to sustainable development.
“Although humans live in administrative boundaries; water exists and flows in natural channels regardless of human-imposed boundaries. The situation also forces us to have a recognised partnership to coordinate human activities and have sustainable development as is the case with the Nile Basin Initiative,” he said, adding, “Through this Institution, today we are proud of the success we [have] achieved due to joint efforts in managing the water resources of the Nile River Basin. I call on you to discuss the best way to manage, use and develop the water resources of the Nile River Basin in your discussions.”

Dr Jafo added that there is no doubt that cooperation is the best means to peacefully manage the basin’s resources especially because of the diverse cultures.
“The diversity of cultures, economies and stages of development for the Member States of the Nile River Basin increase the reason for cooperation to increase capacity and help each other. There are many reasons for cooperation because unity is strength, separation is weakness. For example, so far there are more than 276 participating Basins in the world including the Nile River Basin. Part of the Valleys takes up half of the world's land; they are inhabited by more than 3 billion people, which is about 40 percent of the world's population; they include 145 countries and cover 60 percent of the world's freshwater. In addition, there are as many as 600 associated reefs involving more than one country. These figures of the United Nations emphasise the need for states to cooperate in managing the development of shared resources such as the Nile River,” he said. 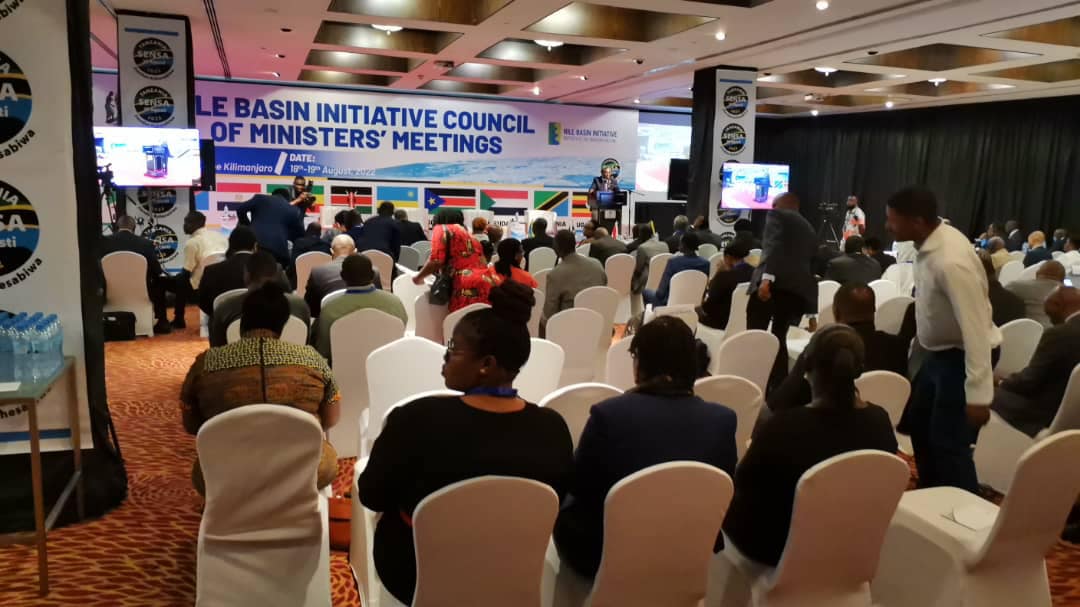 The meeting also witnessed the change in leadership of the Chairperson of the Council of Ministers with Tanzania’s Minister of Water, Hon. Jumaa H. Aweso, taking over from South Sudan’s deceased Minister of Water Resources and Irrigation, Peter Gatkuoth Manawa.
In his remarks, Hon. Aweso said that since it was founded, the Nile Basin Initiative (NBI) has had a clear goal of ensuring that all Member States have mutual benefits in using the Nile River.
“It’s our vital role and responsibility to protect the resource so that it can sustain the current and the future generations since water is currently one of the major global security threats. Therefore, it is my hope that we as a team, shall work together to strengthen this institution so that it can reflect the needs of our people and the reason for its initiation towards prosperity,” he said. 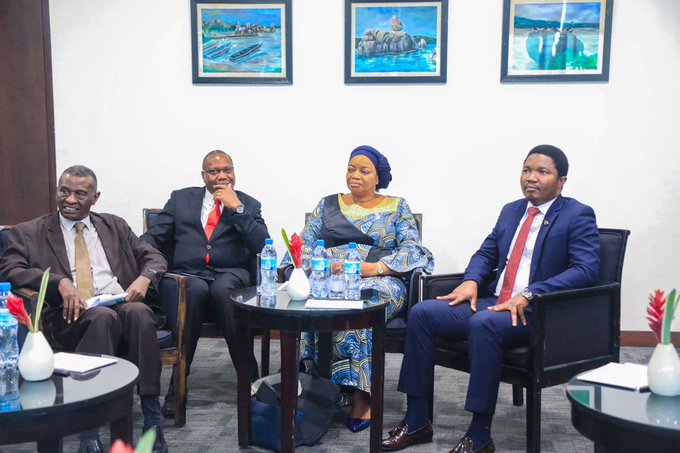 On his part, the NBI Secretariat Executive Director, Eng. Sylvester Matemu, said, “Cooperation is at the heart of what NBI does and this is in recognition of the immense benefits that cooperation yields to riparian citizens. One key benefit to cooperation is the effective and efficient utilisation of common Nile Basin water resources. Nile Basin countries have been able to share the costs and benefits of transboundary water resource management, taking advantage of the economies of scale,” he said.

Eng. Matemu added that Tanzania as the host country is benefitting from Nile cooperation, which is evident in projects such as the Rusumo Falls Hydroelectric Project, the Zambia- Tanzania-Kenya Power Interconnection as well as Iringa-Mbeya Transmission Line.

The Council of Ministers also approved the Nile River Basin Investment Plan, which will guide the investments work in the Nile Basin. 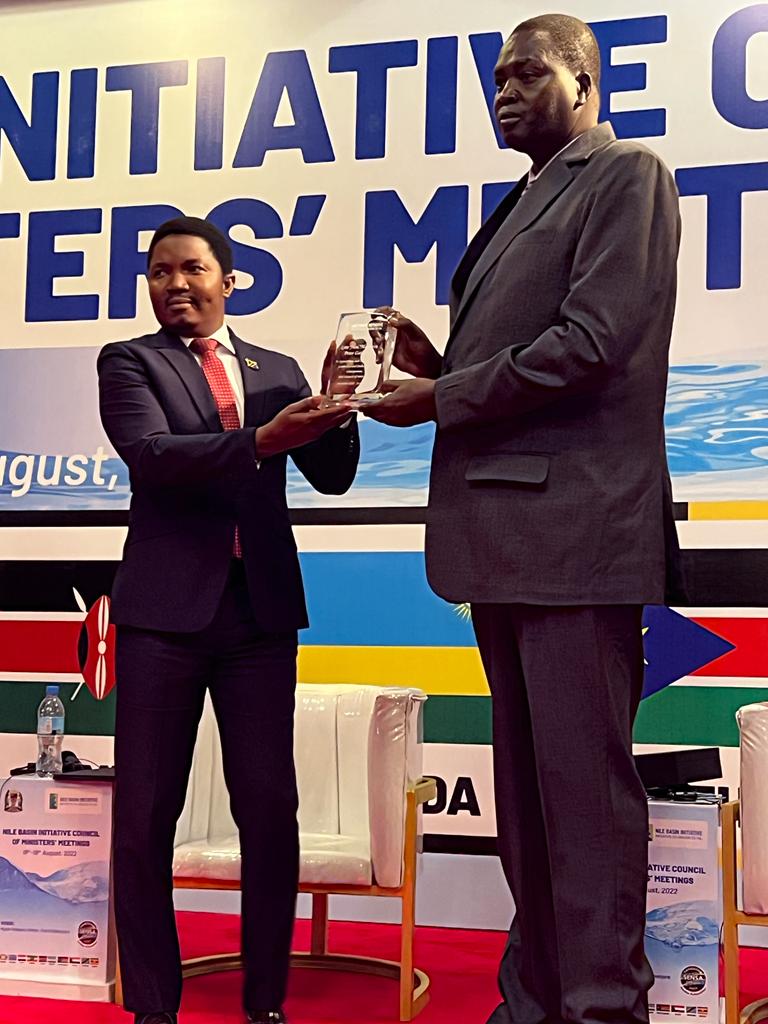 Other key highlights from the decisions made by the Council of Ministers:
• The Strategic Water Resources Analysis studies concluded, the synthesis well advanced, the new tools appreciated and the SWRA process more or less institutionalised as a permanent task of NBI in facilitating technical dialogue around the core issues of Water Resources Management (WRM) at the level of sub-basins and country clusters.
• Navigation study completed putting NBI on the map as a stakeholder on the topic.
• A mandate to develop a Basin Investment Plan was agreed UPON, which will galvanise the investment agenda and mandates closer strategic cooperation between the NBI offices and the Regional Economic Communities (RECs).
• the Nile Basin Sustainability Framework policy review accepted, a new strategy on strengthening Transboundary Water Management (TWM) adopted and a mandate to conclude consultation on the updated NBSF Policy provided.
• The second phase of the Basin-wide Programme II adopted.
• The new wetlands strategy approved.
• The Website and Integrated Knowledge Portal (IKP) launched – this is paramount for making the results of the knowledge generated available to the public.
Traditional dancers sounded drums, wiggled waists and sang to the beat and also entertained guests with some acrobatic moves.