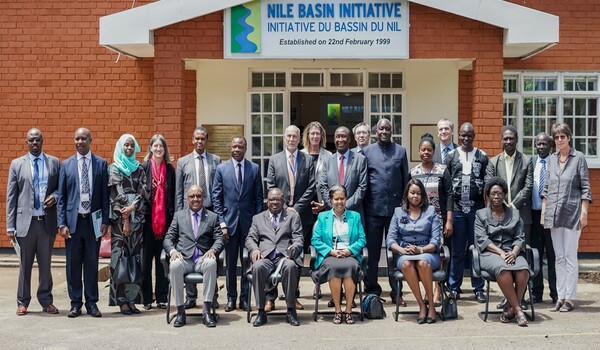 On 28th April 2022, the Nile Basin Initiative (NBI) Secretariat marked an historic milestone by hosting at its Entebbe headquarters a high-level delegation comprising of the Delegation of the European Union (EU) Commission in Uganda, ambassadors and representatives from the Nile Basin Member States, representatives from GIZ Uganda, members of the Nile Technical Advisory Committee (Nile-TAC), and high-ranking personnel from the Ministry of Water and Environment.

The four-hour cordial engagement centered on EU support to NBI – the history of this longstanding partnership, its current status, and future prospects. The Executive Director of NBI, Eng. Sylvester A. Matemu, emphasised that NBI provides a great benefit to the Nile Basin countries through its role as a technical knowledge hub, which provides data and information to the countries to enable evidence-based decisions. 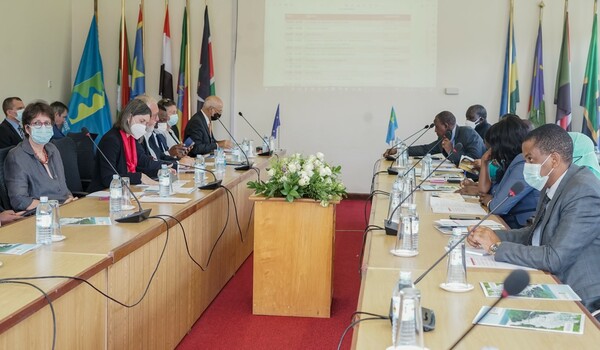 Mr. Alfred Okot Okidi, the Permanent Secretary at the Ugandan Ministry of Water and Environment, pointed out that the existence of NBI allows riparian countries to, “…face our challenges together and dialogue on what needs to be done.”

H.E. Ambassador Attilio Pacifici, the European Union Head of Delegation, congratulated NBI on its achievements thus far, emphasising that the EU is committed to continue listening to, and supporting the Nile cooperation process.

The courtesy call ended with a tree planting session where all guests planted indigenous tree species in NBI’s backyard which overlooks Lake Victoria. 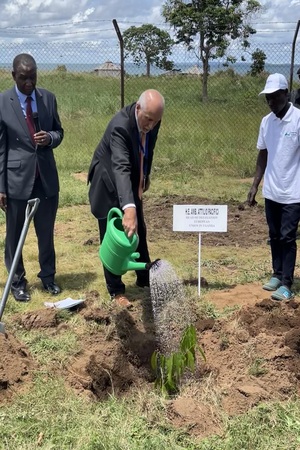