Infrastructure investment – key for realisation of benefits from cooperation

Message from the Chairperson, Nile Council of Ministers

Since March 9, when the 6th NBDF webinars began, Nile Basin citizens and friends of the Nile have been engaged in a conversation aimed at charting ways for more coordinated Basin planning and regional, transformative infrastructure investments leading to improved quality of life for Nile Basin citizens, economic growth, better access to water, food and energy as well as job creation among others and in a sustainable manner. 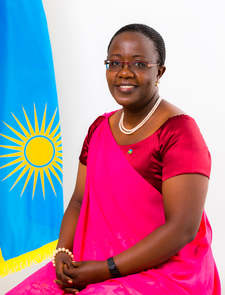 Since 1999, when Ministers in charge of Water Affairs in the NBI Member States came together to advance cooperative management and development of the common Nile Basin water resource, they agreed to a Shared Vision Objective for the Basin – ‘to achieve sustainable socio-economic development through the equitable utilisation of, and benefit from, the common Nile Basin water resources’. The countries established a joint regional body – the Nile Basin Initiative (NBI) – to, among other things, advance projects that benefit the people and particularly the poor and disadvantaged in the Basin while supporting Member States to jointly tackle their common challenges including environmental degradation, climate change leading to droughts and floods, among others.

Through the NBI platform, cooperation between the riparian countries has been built and it is a reality at various levels. Besides a strong foundation in terms of common knowledge, tools and cooperation mechanisms, there is a demonstration of tangible benefits of cooperation through the infrastructure investments, i.e. action on the ground.

NBI Member States have worked together to negotiate, agree, prepare and in some cases, implement investment projects with shared regional benefits and the potential to ultimately benefit millions of inhabitants. The investment projects, which are more than 84, are worth more than USD 6.5 billion. The sectors covered include: hydropower development; power transmission interconnection and trade; irrigation and drainage; lake environment management; integrated sub-basin/catchment/watershed management; fisheries; water resources development; flood protection and early warning; multi-sector investment opportunity studies; and inland waterway transport.

Others are the on-going construction of the 80MW Regional Rusumo Falls Hydroelectric project jointly implemented by Burundi, Rwanda and Tanzania as well as the Interconnection of Electric Grids of Burundi, DR Congo, Kenya, Rwanda and Uganda with a total of 946 km of 220/400 KV transmission lines and 17 associated sub-stations. There are also on-going studies on possibilities for integrating South Sudan into the regional grid and efforts to establish the Uganda-South Sudan interconnection. This is in addition to the fisheries project between Uganda and DR Congo.

The limited set of investment projects that have been implemented and are under implementation have clearly demonstrated the viability and value addition of transboundary infrastructure investments. However, a substantial proportion of the already prepared investment projects has remained on the shelves. This is in spite of the fact that there is a general appreciation that the cooperative approach remains the only choice as Member States increasingly witness the win-win benefits of cooperation.

Whereas the NBI is mandated to provide support to identifying, selecting, and preparing suitable projects for implementation, it is clear that accelerated pipeline delivery depends as much on national governments. Member States need to create an enabling environment for NBI activities to bear fruit. Past experiences show that in many cases this requires improved coordination between national line ministries, between different national governments, as well as between national governments and regional actors (NBI institutions). Several improvements in this regard have already been put into place or have been conceptualised and will be put in place in the near future. 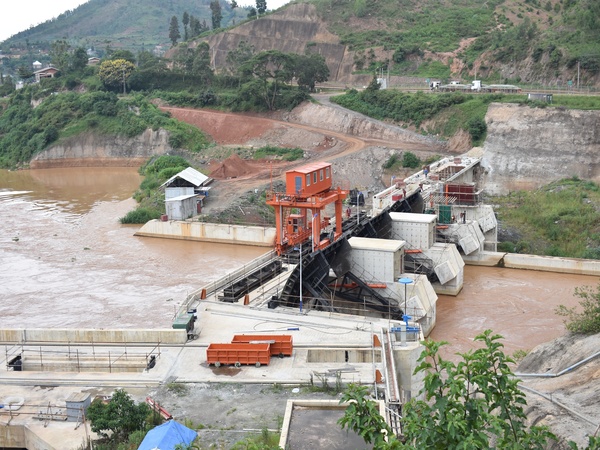 Of equal importance is a comprehensive Nile Basin Investment Programme. The latter is capable of meeting the development goals of Member States and investment needs in the region, and would align with the objectives of multilateral and bilateral development organizations and programmes. Such a programme could include and build upon the many existing projects and programmes prepared by NBI and other organizations in the region.

I would like to call upon development partners and friends of the Nile to support us in developing and implementing such an investment programme. The programme would no doubt contribute to sustaining the gains already achieved under the auspices of NBI and propel Member States towards fulfilment of our Shared Vision Objective.

I look forward to the overall outcome of the 6th NBDF towards more coordinated infrastructure investments planning in the Nile Basin.