Uganda’s Prime Minister, Hon. Dr. Ruhakana Rugunda, has applauded the Nile Basin Initiative’s regional investments saying they will go a long way in contributing to poverty alleviation and enhancing the region’s resilience to the impacts of climate change.

Speaking during the virtual Nile Day 2021 celebrations, Dr. Rugunda, in a speech read by the Permanent Secretary of Uganda’s Ministry of Water and Environment, Mr Alfred Okot Okidi, said: “I am pleased to note that a number of infrastructural projects from this basket of prepared investments are at various levels of implementation. For the case of Uganda, the investments include; the Multinational Lakes Edward and Albert Fisheries and Water Resources Management Project between Uganda and the Democratic Republic of Congo; the Nyimur Multipurpose Water Development project between Uganda and South Sudan.”

He added: “The others joint investments include; the Angololo Multi-purpose project between Uganda and the Republic of Kenya; the Trans-boundary wetlands management project between Uganda, DRC, United republic of Tanzania and Kenya, among others. These initiatives will go a long way in contributing to poverty alleviation and enhancing the regions resilience to the impacts of climate change, among others.”

Dr. Rugunda noted that NBI countries have worked together to prepare negotiate, agree and in some cases implemented joint projects worth more than $6.5 billion spanning several sectors such as hydropower development, power transmission, interconnection and trade; irrigation and drainage, lake environment and catchment/watershed management. Others include fisheries, multi-sector investment opportunity studies and inland waterway transport, among others.

The NBI Secretariat Executive Director, Prof. Seifeldin Hamad Abdalla, highlighted the increased recognition of the importance of Nile matters in the basin states.
“Transboundary water management has been elevated as a recognised stand-alone department in most of the countries, demonstrating the increased recognition of the importance of the Nile Matters in these countries. The elevated institutionalisation of the transboundary function provides an opportunity for dedicated financing and sustainability of the transboundary considerations in the national planning and development. Ultimately this breeds hope of wise and sustainable utilisation of common water resources among riparian states,” he said.

Prof. Abdalla explained that the day’s theme ‘Rethinking regional investments in the Nile Basin’, was motivated by the need to realise transformative investments that can address the basin challenges.

“Nile Basin Initiative has leveraged investments worth more than USD 6.5 billion. Of these, investments worth more than USD 1.3 Billion have progressed to implementation. These are country identified projects that have been screened for regional relevance and considered to be transformative in the various water related sectors. The consolidated benefits per country are tracked and have been documented by NBI. These include increased access to portable water, increased access to electricity, restoration of degraded catchments, and catalysis of various social economic development initiatives among stakeholders,” he said.

Nile Day is organised annually in recognition of the establishment of NBI in 1999. The day provides an opportunity for Basin citizens and friends of the Nile to come together to celebrate the benefits of Nile cooperation and to exchange experiences, views and ideas on topical issues related to the cooperative management and development of the common Nile Basin water. The occasion is also used by Member States to re-affirm their commitment to Nile Cooperation, while providing an opportunity to celebrate the rich and varied cultures which co-exist within the Nile Basin.

The virtual event also witnessed the launch of the State of the River Nile Basin Report, which contains information and expert analyses to inform, educate and empower countries for better stewardship of scarce water and environmental resources. 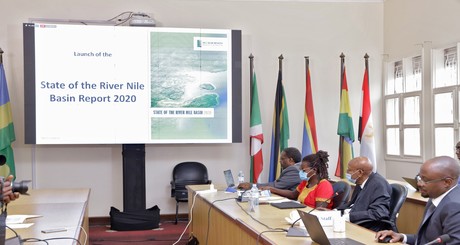 The NBI Secretariat launched of the 6th Nile Basin Development Forum (NBDF), a triennial science–policy–dialogue forum organised with the aim of bringing together a broad spectrum of Nile Basin stakeholders from within and beyond the Nile Basin.

The event was attended by Nile-COM members; representatives from NBI Member States embassies and officials from ministries whose activities touch on the management and development of the common Nile Basin water resources, namely; Environment, Energy, Agriculture, Foreign Affairs, Transport and Finance. Others are Members of Parliament, Development Partners, Researchers, Academia, Civil society, Youth, and journalists. 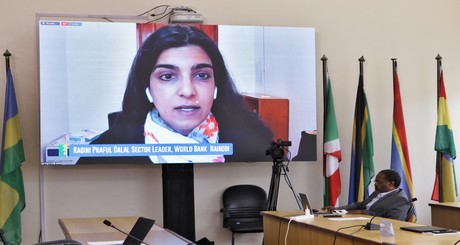