The Environmental Resources of the Nile Basin

The Nile Basin has many unique aquatic and terrestrial ecosystems, and is home to thousands of species of plants and animals, many of them endemic to the basin.

The basin’s water and related environmental resources provide a wide range of societal goods and services, contributing between 40 and 60 per cent of the gross domestic product of the Nile riparian countries.

Seventeen aquatic and wetland ecosystems within the basin have been designated as international Ramsar sites.

Many protected areas (national parks and game, wildlife, and forest reserves) have been established to conserve the basin’s unique ecosystems, with mixed conservation success.

The root causes of the rapid degradation of the basin’s environmental resources are population growth, poverty, civil insecurity, and weak policy, legal, and institutional frameworks in the Nile riparian countries.

The Lake Victoria Basin Commission (LVBC), the Intergovernmental Authority on Development (IGAD), and the Nile Basin Initiative (NBI) are examples of a growing number of regional frameworks established in recent years to address environmental degradation within the Nile Basin. 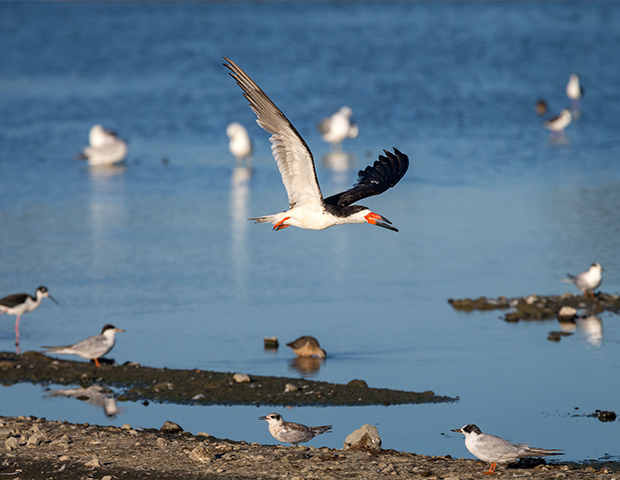 Key recommendations for regional-level actions by the Nile riparian countries include the restoration of degraded water catchments critical for sustaining the flow of the major Nile tributaries, restoring badly degraded lands that export large quantities of sediments and cause serious siltation of reservoirs, and establishing a regional network for monitoring changes in water quality and land-use within the basin.